Sidechick shenanigans with WIllow – Soon enough, you will figure out that I’m so much more than a mere side chick. Don’t fuck yourself, that’s my job. The term side chick often has a negative connotation but I actually don’t mind that. The fact is, I am so much more than just a side chick. You can call me a bad girl, but I just love fucking up marriages. No regrets and definitely no apologies. Besides, your marriage already sucks anyway. I will just give it that final push right over the proverbial cliff. When I see a man like you with that gold band on your finger something just triggers me to want to fuck your entire existence up. Face it, you won’t know what hit you.

Pretty Little Liar – You never really want to hear the truth. That’s not what you are looking for  with your favorite sexy, southern girl. When I weave together all of these little lies for you it just does something to you. It’s what I do – telling you only what you want to hear. If you want the truth just look at your fat, fugly wife.

We both know you can’t share your dirty, perverted thoughts with anyone else but me. That’s why this is so addictive. Share it with me. I’m down for just about anything. You already know how deviant I can be. In fact, I’m always ready to be your accomplice.

This mother fucker forgot who he was playing with. He did wrong to the wrong baby. I only date older men because I don’t have time for immature boys; the only probably with that is sometimes it’s easy to be fooled by a big ass boy in a grown man’s body. So for the last six months, I’ve been hanging out with this fine-ass older man.

He’s got a high-powered job that demands a lot from him and bitchy wife who won’t give him any. I was happy to fill her shoes, the man has a good ass dick, and he eats pussy like a machine, but I’m the kinda girl who demands all of a man’s attention. If you’re fucking me, then you are fucking only me. For the first five months, he was crazy attentive and spoiled me on the regular, but something or someone was pulling his attention away.

Cash is fun, right? I love to play with dirty money and so does Daddy. He really likes to spoil me. Like so much so that it makes his cock twitch when he spends his money on me. I thought of a sexy little game for us to play. He likes games too.

This game was a hot new twist on ‘go fish’ but with his cash.

We do things a little bit different in the “Dirty South” and a whole lot better. Southern girls know how to let loose and have fun. We also know how to rock your world. Whether it is our soft, southern and sexy as fuck twang or our hot, tan legs in cut off shorts and cowboy boots, we know all of your triggers.

I know your dirty little secret. I’ve seen the way you look at me. Do you think that just because I am so young that I don’t realize how your cock aches for my sweet barely legal pussy? You know you shouldn’t be looking at me that way and thinking about all the dirty nasty things you would love to do to this little teen princess.  You know it is taboo but that’s part of the attraction, isn’t it?

You long to feel my mouth around your cock, you long to part my silky thighs, pull aside my lacy panties and hear me moan as you pop my cherry, don’t you? 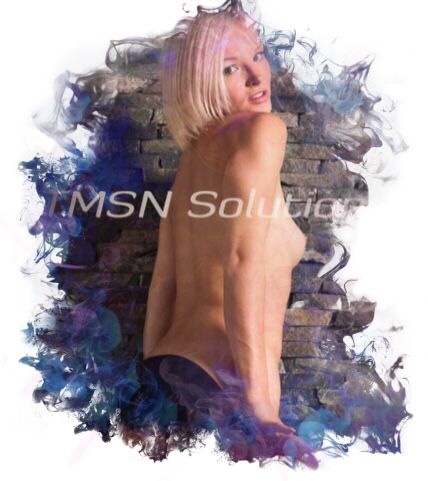 First, let me be very clear -it’s not my fault that you are pathetic and controlled by that pesky thing between your legs. And it is also not my fault that I was born with this body and innate understanding of the power I have over you. You will give in to my special brand of barely legal financial domination phone sex.

Second, it is okay to admit that you are sick and perverted. You love feeling used by me. That’s all that matters. You lack worth and you can only redeem yourself by spoiling me.

With Black Friday deals here now, it’s even easier to spoil your little princess. You know that I have quite the appetite when it comes to shopping for clothes, makeup, and other luxuries that I enjoy. I only expect the best quality of these things which definitely doesn’t make my spending habits any cheaper. So it’s a good thing that I know you love to spend all your hard earned cash on me. I don’t know why it drives you wild to watch me spend every cent in your bank account on myself but I certainly love it. So take advantage of Black Friday and get me everything I want, or you can wait until the sales are over so we can spend even more of your money.

Find our "Free Phonesex Phone" hidden somewhere on one of TMSN's tantalizing phonesex sites! All our sites can be found below under "Links" or on our Links page.

Click the phone when you find it to be taken to the entry form, simply fill it out and you're enter to win! One entry per person per week. Winner's will be choosen and informed every Thursday! Must be 18+ to play!

Did you enjoy a steamy paid call or chat with one of our ladies? Review the call to be entered to win 10 minutes of free phonesex!

Simply fill out this Review Form after your call to be entered to win! One entry per call! Winners will be announced every Tuesday!

View All Our Ladies Here!

Where are all my little sissy boys at? I have a whole bunch of new panties and I need someone to try them on with me😉 @TMSNsolutions ... #sissy4bbc 13sissy #panty

So many panty boys today!
But I get to spend some time with one of my favorite Sissy girls!
@TMSNsolutions

Celebrate with us by heading over to our ... blog to learn more about nylons. Then, take 15% off of your order today, using code NYLONDAY22! #NylonStockingDay

What did Cinderella do when she reached the ball?

Messy Mondays
$2.00 per minute all day

Wet Wednesdays
$2.00 per minute all day

Thirsty Thursdays
20 min for the price of 15 min

Sunday Sex Sports
20 min for the price of 15 min

For any questions or concerns not covered in our FAQ please contact us!